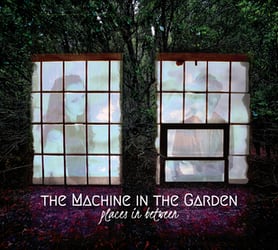 Reviews of Places in Between:

it's particularly exciting for me when a band from the past picks up the pieces from where they left off and continues to create something new. it's great.

so this new album is called the places in between and like i said this is their first release in many many years. i will be going through each track on this album and how i feel about it and how awesome it is.

overall this album is really fascinating, interesting, different, mystical, sophisticated, and inspiring. there are a lot of times in this album where summer sounds so much like lisa gerrard from dead can dance which i think is part of what adds to what makes this so mystical sounding. i really love how her voice has matured over the years and it really comes together here. from what i can gather in comparison to other earlier works, they have backed off the rock and post-punk distorted elements just a bit, but it doesn't make it any less engaging. if anything, this is an excellent demonstration of their versatility.

this is really good reading music or road trip music, and some of it is really dancy. i dig. so if you guys are a huge fan of machine in the garden, faith in the muse, dead can dance, and this ascension, this will definitely suit your needs.

Nine years may seem like a considerably long absence for a band, but with Places In Between marking the Machine in the Garden’s ninth studio effort, it’s as if the band never left. As one of the entities that defined an entire generation of atmospheric darkwave and ethereal goth/rock, the duo of Roger Fracé and Summer Bowman certainly have nothing to prove; yet, listening to this new record, it’s certainly clear that a maximum effort was exerted to craft what many fans would consider the Machine in the Garden’s magnum opus.

For instance, a song like “Courage, Power, and Wisdom” plunges the listener into an unsettling miasma of sustained piano reverb and singing, searing guitar phrases atop a growling bass synth, all of which threatens to drown out the mechanical drumbeats, while other album highlights include “A Thousand Years of War” with its ascending layers of synth and vocal chants, the repetitions of “Churning the sea of milk” like a mantra anchored to a slow, penetrating drumbeat reminiscent of The Cure’s Pornography era, or the droning acoustic plucking of “Broken Days,” Bowman’s voice first sinister and then haunting as her harmonies add to the eerily celestial ambience. Other songs present similar arrangements that perhaps run the risk of extremity, particularly where length is concerned, with “Spirit and Image” clocking in a little over 11 minutes as resonant chimes of 12-string electric guitar, bouncy breaks, along with some fine piano accompaniment build a hypnotic soundscape that gradually builds to what perhaps should’ve been a more intense climax. Other songs like “Beyond” and “Ad Astra Per Aspera” bear an almost ‘90s machine/rock vibe from the programmed drum loops under growling guitar and fluid bass lines, while “Orbital” and “O Euchari” best exemplify Bowman’s vocal prowess and recall some of her finest moments from the Mirabilis.

After nine years, there’s a certain relief that comes from an album like Places In Between, proving that the Machine in the Garden has lost none of its creative energy, presenting music that holds true to the established sound with just enough sonic vibrancy for a new audience to be found. From Fracé’s sophisticated instrumentation and refined production to Bowman’s masterful command of lyrical and vocal harmony, the music on Places In Between is sure to please longtime fans of the genre and the band, with just enough aural delight to appease newcomers and nonbelievers alike. Welcome back!